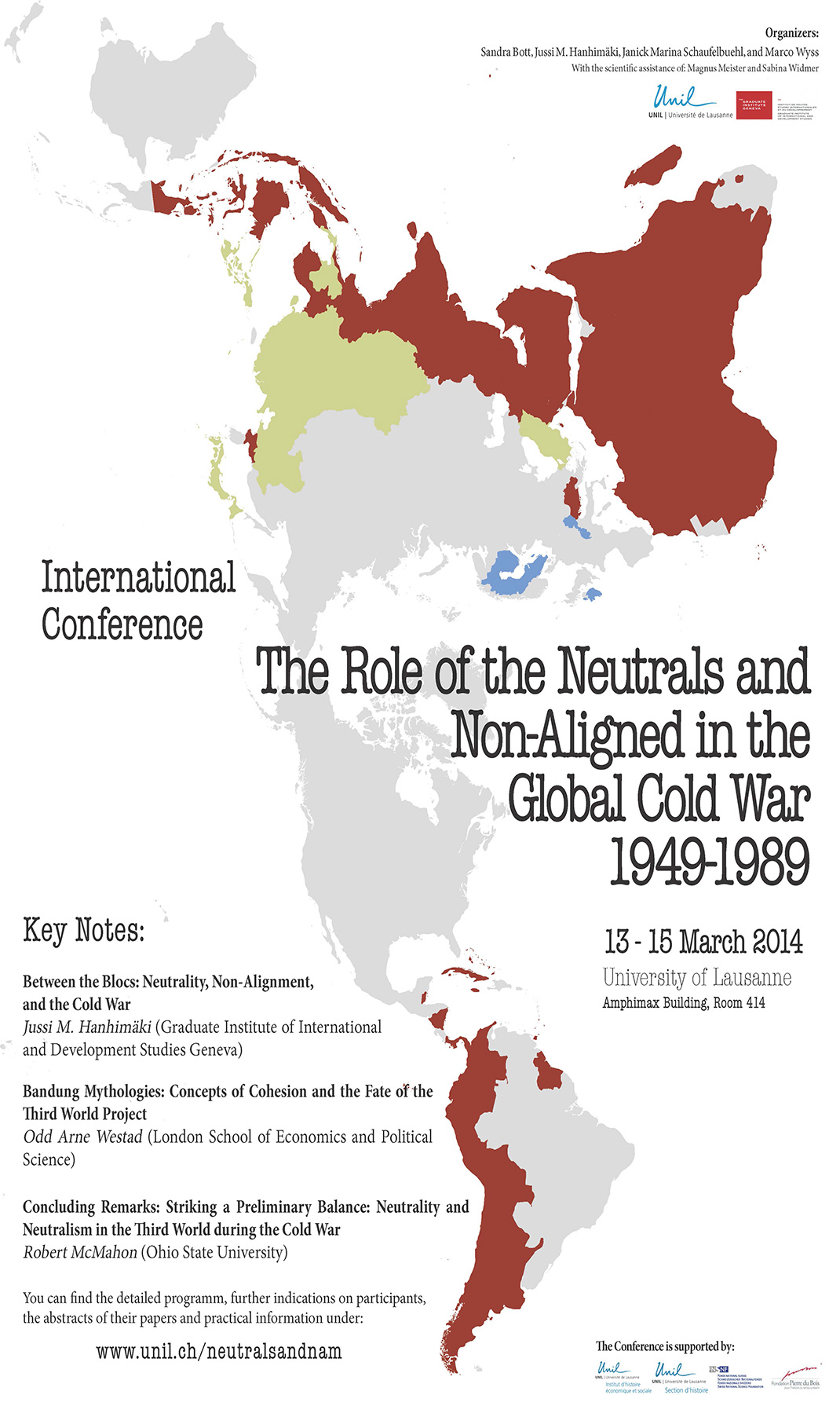 In 2014 the Pierre du Bois Foundation sup- ported the International Conference “The Role of the Neutrals and Non-Aligned in the Global Cold War, 1949-1989.” This Conference was jointly organized by Professor Jussi M. Hanhimäki of the Graduate Institute and the University of Lausanne, which was represented by Professor Janick Marina Schaufelbuehl, Dr Sandra Bott, and Dr Marco Wyss. There have been several projects that have explored the role of the third-world in the Cold War, particularly since 2015. However, the significance of neutral countries in general, and Switzerland in particular, during the Cold War in the third-world has, as of yet, garnered little research. It is in an effort to address these gaps that the three publications from this international conference were issued.