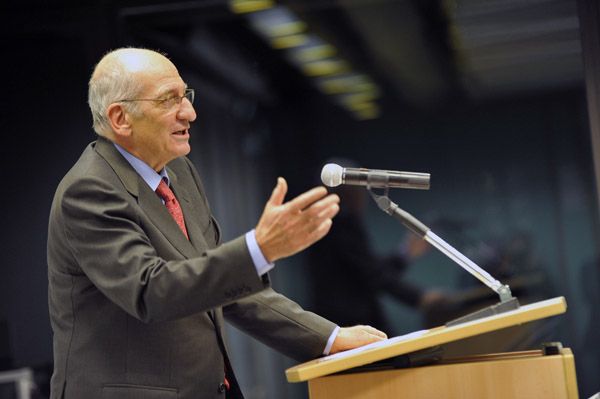 Mr. Pascal Couchepin, President of the Swiss Confederation, inaugurated the Pierre du Bois Foundation for Current History, on Monday 8 December at the Graduate Institute of International and Development Studies.

On this occasion, Pascal Couchepin spoke on the subject of «politicians and current affairs». He remembered Pierre du Bois and the close friendship they held for more than half a century, highlighting his culture and his elegance, as well as his love for debate and for discovering new things.

Watch the videos of the speeches of Mr. Philippe Burrin and Mrs. Irina du Bois