The Keynote Lecture by Louise Young

Now You See It, Now You Don’t: Changing Sightlines on the Japanese Empire

The keynote lecture forms part of the Pierre du Bois Annual Conference, which is organized by the Graduate Institute in partnership with the Pierre du Bois Foundation and with support from the Swiss National Science Foundation. The background note and information about the conference can be found here. 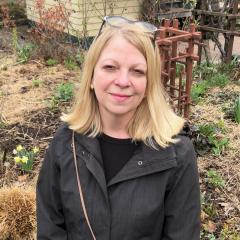 Louise Young, the ‘Vilas Distinguished Achievement Professor of History at the University of Wisconsin-Madison’ will give the Keynote Lecture titled, Now You See It, Now You Don’t: Changing Sightlines on the Japanese Empire.