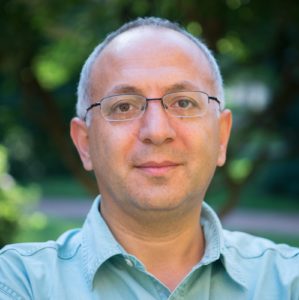 Cemil Aydin is Professor of Global History at the University of North Carolina at Chapel Hill. His research concerns both modern Middle Eastern history and modern Asian history, with an emphasis on the international and intellectual histories of the Ottoman and Japanese Empires. His previous research has focused on historical processes that shape transnational racial and civilizational identities, such as Muslim, Asian, African. He is the author of The Idea of the Muslim World (2017) and The Politics of Anti-Westernism in Asia: Visions of World Order in Pan-Islamic and Pan-Asian Thought (2007). 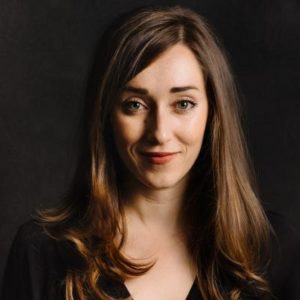 Grace Ballor is a Research Fellow in International History at the Graduate Institute and a Max Weber Fellow in History and Civilization at the European University Institute in Florence. Her work focuses on European integration, economic globalization, and capitalism. She earned her PhD in History from the University of California, Los Angeles (UCLA) in 2018. She has published on US-EU-Russia trade, on trans-Atlantic economic relations in the postwar period, and on the political influence of multinational corporations. Her current book project investigates the relationship of business to the process of European integration. Grace Ballor’s research has been supported by the European Union Studies Association, the Business History Conference, the Fondation Jean Monnet pour l’Europe, the Center for Economic History, and several research centers across the University of California. 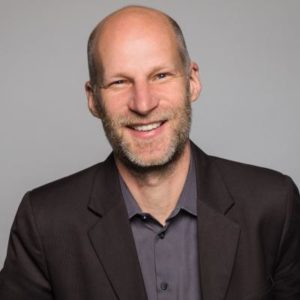 Sebastian Conrad is Professor of History at the Free University of Berlin. He has taught at the European University Institute in Florence and was a fellow at the Wissenschaftskolleg in Berlin, a visiting professor at the École des Hautes Études in Paris, and a visiting scholar at the University of California, Santa Barbara; in spring 2017, he held the Theodor Heuss Chair at the New School in New York. He is the author of many scholarly articles and books, including What is Global History? (2016) and The Quest for the Lost Nation: Writing History in Germany and Japan in the American Century (2010). He is currently interested in trans-national and global history approaches and their contribution to an understanding of the interactions and entanglements of the past. 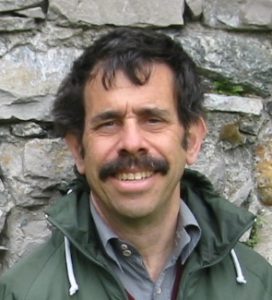 Frederick Cooper is Professor of History at New York University. His research interests include slavery and labor, colonization, decolonization, empire, and citizenship, and he is a specialist of modern African history. He has authored a number of books, including Colonialism in Question: Theory, Knowledge, History (2005), Empires in World History: Power and the Politics of Difference (2010) which was written with Jane Burbank and received the World Historical Association Book Prize, Africa in the World: Capitalism, Empire, Nation-State (2014), Citizenship Between Empire and Nation: Remaking France and French Africa (2014), which received multiple book prizes from the American Historical Association, and most recently, Citizenship, Inequality and Difference: Historical Perspectives (2018). He was a recipient of a Guggenheim Fellowship, several times a fellow of the Center for Advanced Study in the Behavioral Sciences, and a fellow of the Wissenschaftskolleg zu Berlin. 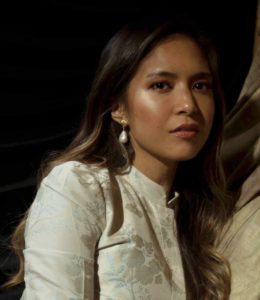 Nicole CuUnjieng Aboitiz is a Research Fellow at Clare Hall, University of Cambridge, where she supervises in World History, and the Executive Director of the Toynbee Prize Foundation. She was formerly a Postdoctoral Fellow at the Weatherhead Center for International Affairs at Harvard University. Her broad research interests center on global intellectual history and Southeast Asian environmental-cultural history. Originally from the Philippines, she earned her PhD in Southeast Asian and international history at Yale University. Her first book, Asian Place, Filipino Nation: A Global Intellectual History of the Philippine Revolution, 1887-1912, was published in 2020 with Columbia University Press. She is currently working on a second book project analyzing the co-constitution of class and relationships with the natural environment in the Philippines over the last two centuries. 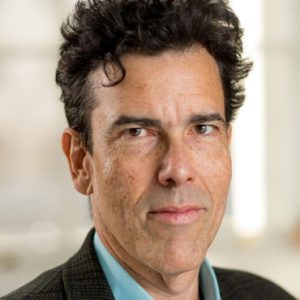 Richard Drayton was born in Guyana and grew up in Barbados, where he went to school at Harrison College. He left the Caribbean as a Barbados Scholar to Harvard University, going then to Yale, where he wrote his doctoral dissertation under the direction of Paul Kennedy and Frank Turner. He also spent two years as a graduate student at Balliol College, Oxford as the Commonwealth Caribbean Rhodes Scholar. In 1992 he first came to Cambridge as a Research Fellow of St Catharine’s College, moving back to Oxford in 1994 to be Darby Fellow and Tutor in Modern History at Lincoln College. After 1998, he was Associate Professor of British History at the University of Virginia. In 2001, he returned to Cambridge as University Lecturer in Imperial and extra-European History since 1500, and as Fellow and Director of Studies in History at Corpus Christi College. In 2002 he was awarded the Philip Leverhulme Prize for History. He was Visiting Professor of History at Harvard University in Spring 2009. He came to King’s as Rhodes Professor in 2009. 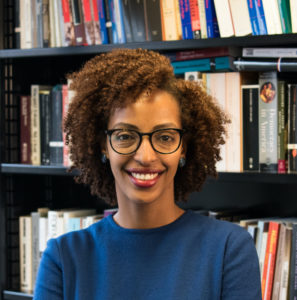 Adom Getachew is Neubauer Family Assistant Professor of Political Science and the College at the University of Chicago. She is a political theorist with research interests in the history of political thought, theories of race and empire, and postcolonial political theory. Her work focuses on the intellectual and political histories of Africa and the Caribbean. Her recent book, Worldmaking After Empire: The Rise and Fall of Self-Determination (2019), reconstructs an account of self-determination offered in the political thought of Black Atlantic anticolonial nationalists during the height of decolonization in the twentieth century. She holds a joint PhD in Political Science and African-American Studies from Yale University. 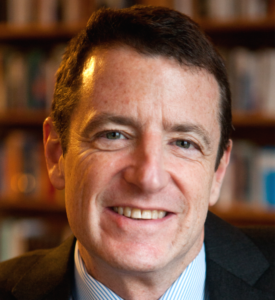 Pieter M. Judson currently holds the chair in 19th- and 20th century history at the European University Institute in Florence. He is the author of works on empire, nationalism, national indifference, liberalism, and gender in Habsburg Central Europe. In 2010 the Austrian Government awarded the Vogelsang State Prize to his book Guardians of the Nation: Activists on the Language Frontiers of Imperial Austria (2006). His most recent book, The Habsburg Empire: A New History (2016) is being translated into eleven languages. 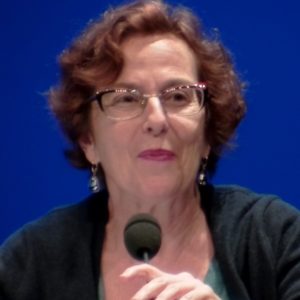 Sandrine Kott is a Professor of European contemporary history at the University of Geneva since 2004. Her principal fields of expertise are the history of social welfare and labor law in France and Germany since the end of the nineteenth century and labor relations in socialist countries, in particular the German Democratic Republic. She has taught at the University of Poitiers, and had visiting professorships at the Humboldt University of Berlin, the University of Santa Barbara, New York University and the Ecole Normale Supérieure in Paris. She was also made a junior fellow at the Institut Universitaire de France in Paris, and is a member of the Academy of Europe. She has published over 100 articles in French, German and American journals and edited collections, edited 11 volumes and special issues (in French, Polish, German and English) and published seven monographs. 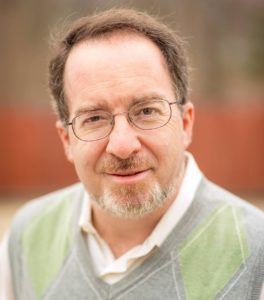 Alex Lichtenstein is the editor of the American Historical Review and a Professor of History at Indiana University Bloomington. He has also taught at Florida International University and Rice University, and has lectured at the University of Cape Town, the University of Belgrade, the University of Genoa, and Nankai University. The author of Twice the Work of Free Labor: The Political Economy of Convict Labor in the New South (1996) and a coauthor of Margaret Bourke-White and the Dawn of Apartheid (2016), he has written widely on the topics of race, labor, and politics in the U.S. South and South Africa. His most recent book, written with his photojournalist brother Andrew Lichtenstein, is Marked, Unmarked, Remembered: A Geography of American Memory (2017). 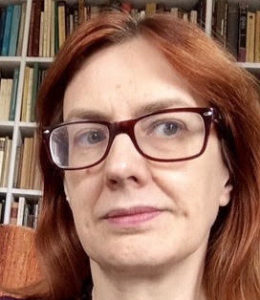 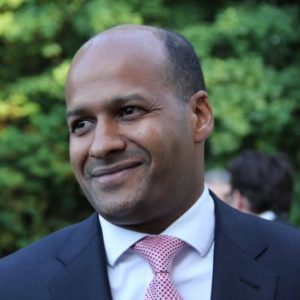 Mohammad-Mahmoud Ould Mohamedou is Professor of International History and Chair of the International History Department at the Graduate Institute of International and Development Studies in Geneva. A Visiting Professor at the Doctoral School at Sciences Po Paris, Professor Mohamedou previously was the Associate Director of the Programme on Humanitarian Policy and Conflict Research at Harvard University. He is the author of a trilogy on the post-9/11 era – Contre-Croisade: Le 11 Septembre et le Retournement du Monde (2004), Understanding Al Qaeda: Changing War and Global Politics (2011) and A Theory of ISIS: Political Violence and the Transformation of the Global Order (2018) – as well as Iraq and the Second Gulf War – State-building and Regime Security (2002), the co-editor of Democratisation in the 21st Century (2016) and the editor of State-Building in the Middle East and North Africa – One Hundred Years of Nationalism, Religion and Politics (2021). 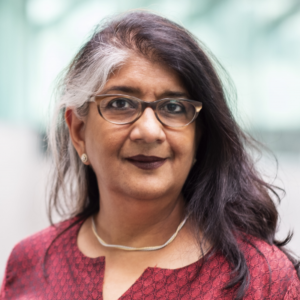 Shalini Randeria is Professor of Social Anthropology and Sociology at the Graduate Institute, the Rector of the Institute of Human Sciences (IWM) in Vienna, and the Director of the Albert Hirschman Centre on Democracy. She has previously held professorships at the University of Munich, the University of Zurich, and Central European University in Budapest, and served as Research Director of the Graduate Institute and as President of the European Association of Social Anthropologists. She has published widely on the anthropology of globalisation, law, the state and social movements. Her empirical research on India also addresses issues of post-coloniality and multiple modernities. Some of her recent publications include the edited volumes Border Crossings (2016); Anthropology, Now and Next (2015); Politics of the Urban Poor (2014); Critical Mobilities (2013); Vom Imperialismus zum Empire (2009); Worlds on the Move (2004); and Unraveling Ties (2002). 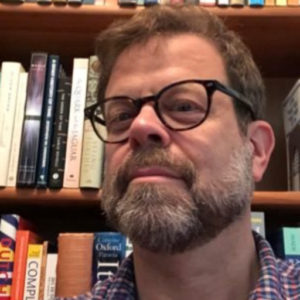 Aviel Roshwald is a Professor of History at Georgetown University, where he teaches courses on the comparative history of ethnic politics and nationalism in modern Europe and the Middle East, as well as on European diplomatic history and the history of the occupations of World War II. He is the author of Estranged Bedfellows: Britain and France in the Middle East during the Second World War (1990), Ethnic Nationalism and the Fall of Empires (2001), and The Endurance of Nationalism: Ancient Roots and Modern Dilemmas (2006). He is also a co-editor of the forthcoming two-volume Cambridge History of Nationhood and Nationalism. 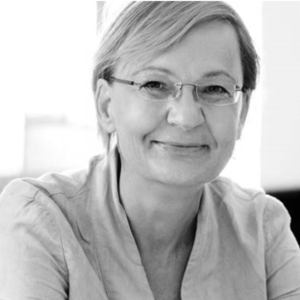 Glenda Sluga is Professor of International History and ARC Kathleen Fitzpatrick Laureate Fellow at the University of Sydney. From 2020-2024, she is seconded as Professor of International History and Capitalism at the European University Institute in Florence. In 2013, she was awarded a five-year Australian Research Council Laureate Fellowship for ‘Inventing the International’. In 2020, she is the recipient of a European Research Council Advanced Grant, overseeing a five-year research program on ‘Twentieth Century International Economic Thinking and the Complex History of Globalization.’  She is the author of The Problem of Trieste and the Italo-Yugoslav Border (2001), The Nation, Psychology and International Politics (2006), and Internationalism in the Age of Nationalism (2013), and the co-author of Gendering European History (2000), and Inventing an International Order forthcoming with Princeton 2021. 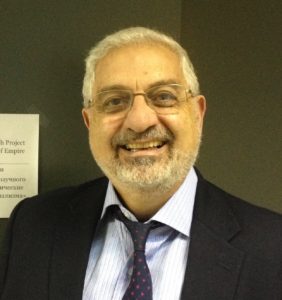 Ronald Grigor Suny is the William H. Sewell Jr. Professor of History at the University of Michigan and Emeritus Professor of Political Science and History at the University of Chicago.  A leading authority on the modern history of Russia, the Caucasus, and nationalism, he has been the recipient of a Guggenheim Fellowship and a National Endowment for the Humanities grant, and twice been a fellow at the Center for Advanced Study in the Behavioral Sciences at Stanford and at the American Academy of Berlin. Among his numerous books are The Baku Commune, 1917-1918 (1972), The Making of the Georgian Nation (1988), Revenge of the Past: Nationalism, Revolution, and the Collapse of the Soviet Union (1993), The Soviet Experiment (2011), and “They Can Live in the Desert but Nowhere Else”: A History of the Armenian Genocide (2015). His latest works are (with Valerie Kivelson), Russia’s Empires (2017), Red Flag Unfurled: Historians, the Russian Revolution, and the Soviet Experience (2017), Red Flag Wounded: Stalinism and the Fate of the Soviet Experiment (2020), and Stalin: Passage to Revolution (2020). 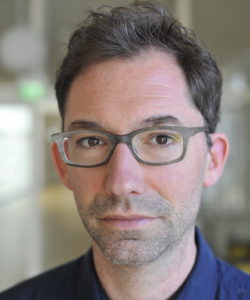 Michael Goebel is Associate Professor of International History and the Pierre du Bois Chair Europe and the World at the Graduate Institute Geneva. Before coming to Geneva in 2018, he worked and/or taught at Freie Universität Berlin, Harvard University, and the European University Institute, Florence. Originally a historian of postcolonial Latin America, he holds a Ph.D. from University College London (2006). His main interests are the modern histories of nationalism, of migration, and of cities. He is the author of Anti-Imperial Metropolis: Interwar Paris and the Seeds of Third World Nationalism (2015) and Argentina’s Partisan Past: Nationalism and the Politics of History (2011). A founding member of the Global Urban History Project, he currently researches the relationship between inequalities and cities in the late nineteenth and early twentieth centuries.