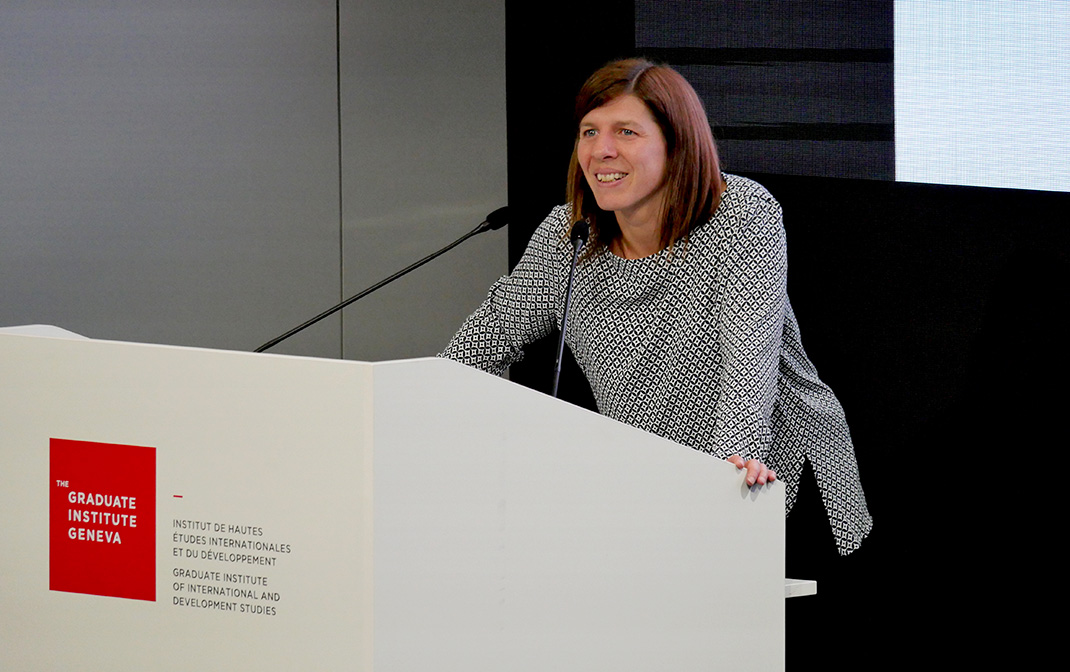 In the Spring of 2016, the Graduate Institute hosted Dr. Valeria Manzano, an Argentine historian specialized in modern Latin American history. Dr. Valeria Manzano is the fifth Pierre du Bois Visiting Professor at the International History Department. At the Graduate Institute, Dr. Valeria Manzano taught a course on Culture, Politics and Sexuality in the Long Latin American Sixties, and how these themes were shaped in the continental imaginary, with particular reference to revolutionary projects. She also delivered a public lecture entitled “Youth and Politics in 20th Century Latin America: a view from the Southern Cone countries”. Professor Manzano is in the process of completing two projects: one related to drug policies, representations, and consumption in twentieth-century Argentina, which is a manuscript for a book, and the other on a history of youth political participation in the democratic transitions in the Southern Cone of Latin America.

In her normal capacity, Dr. Valeria Manzano is an Associate Professor of History at the Instituto de Altos Estudios Sociales, as well as an Associate Researcher at the Consejo Nacional de Investigaciones Científicas y Técnicas (CONICET), in Argentina. Following her undergraduate studies in History at the University of Buenos Aires, she completed a Doctorate in Modern Latin American History at the University of Indiana, United States, in 2009. Her research interests lie in the history of youth movements, the intersection of politics and sexuality, and the cultural and political dimensions of illegal drugs in modern Latin America, among others, with an emphasis on Argentina.

Amongst several other publications, she co-edited a book entitled Los sesenta de otra manera: vida cotidiana, género y sexualidad en la Argentina (The 60s Otherwise: Everyday Life, Gender and Sexuality in Argentina) published in 2010, and authored a book entitled The Age of Youth: Culture, Politics and Sexuality from Perón to Videla, published in 2014.

Culture, Politics, and Sexuality in the Long Latin American Sixties

“Youth and Politics in 20th Century Latin America – A View from the Southern Cone Countries”, 24 March 2016

Please find a video recording of the lecture here.