The recipient of the Pierre du Bois Prize in 2020, awarded annually for the best doctoral thesis in International History defended at the Graduate Institute, Geneva, is Dr Paroma Ghose. 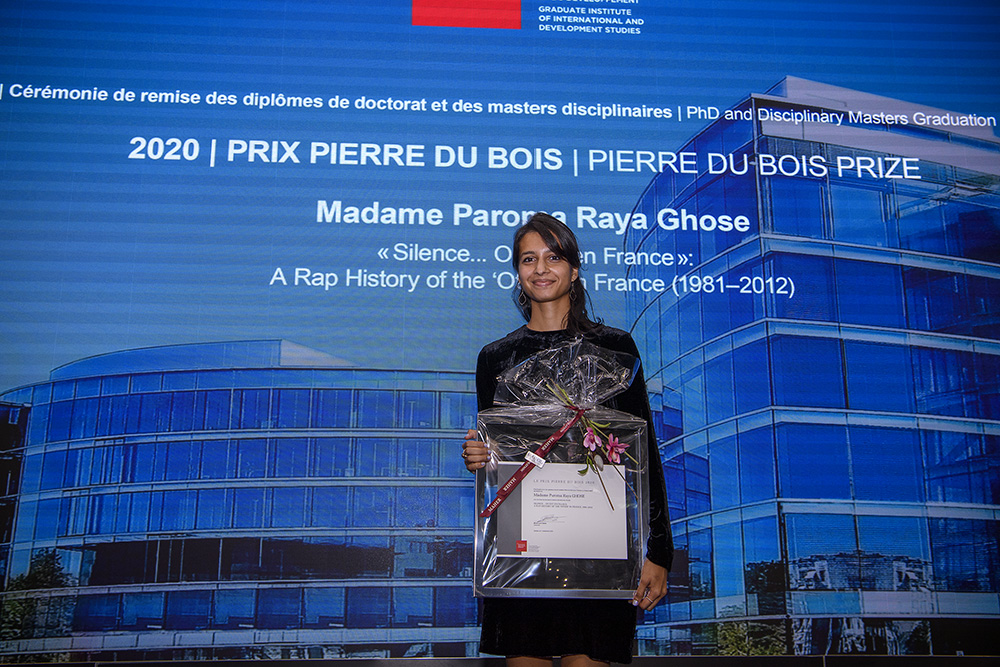 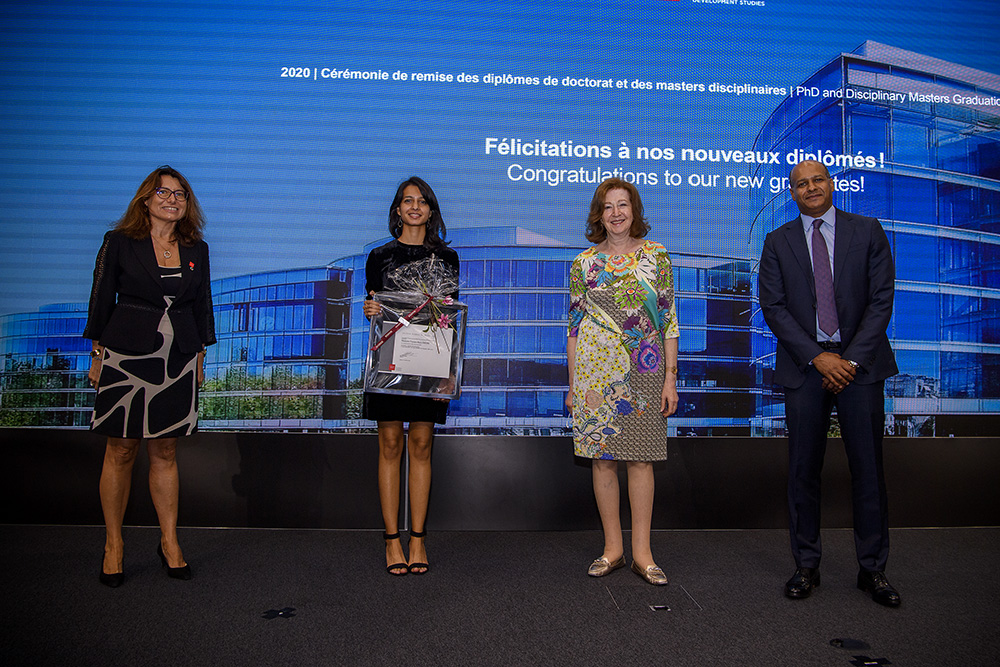 Dr Paroma Ghose received the prize on 11 September for her thesis “Silence…On est en France”: A Rap History of the ‘Other’ in France, 1981-2012. The thesis constructs a historical narrative around the notion of the ‘outsider’ in France, in other words, those who consider themselves as part of the French Republic but to whom the Republic does not reciprocate this loyalty. These legal but ostracized citizens are relegated to a periphery of citizenry and rights in the everyday, while bearing witness to a theoretical political rhetoric of tolerance and inclusion. Rap lyrics, it is argued, can provide a telescope into both their experience as secondary citizens of a very present nation-state, as well as to their vision of what the Republic should become. Despite an exponential increase in the popularity of Rap and its potential as a voice for the disadvantaged youth of France over the years, its rhetoric has landed on largely silent ears in the political system and beyond. Thus, though it may be political at its point of production, it becomes essentially entertainment at its reception. France continues to function, perhaps subconsciously, as if its citizens are physically defined by an idea that was born alongside the nation-state, even if it was nowhere clearly articulated. Despite overtures of multiculturalism, the reality remains, as Pit Baccardi artfully expresses, “Français quand on gagne, immigré quand on perd.” French rap is thus a fertile territory upon which the debate about identity, citizenship, belonging, and nationality are continually addressed and vociferously discussed, at least amongst rappers, if not in direct relation with the State, or indeed its larger populous. Perhaps the most significant lesson that we can take from the exploration of this thesis, is that when we turn the volume of our boomboxes up to the max and listen to the missives of rappers in France, we should actively hear what they are trying to tell us, and locate where we fall within their discourse, and how far it is a reflection of the complex societies that we tolerate, but may not tolerate us in return.

This thesis would not have been possible without the unrelenting encouragement and engagement of its Director, Professor Davide Rodogno, and the support of Professor Amalia Ribi-Forclaz and Professor Karim Hammou.

A recent interview about her Ph.D. thesis can be found, here, at the Graduate Institute’s website.

Paroma Ghose is Indian, Swiss, and British. She has a BA in History from the University of Cambridge, where she specialised on the cultural history of fin de siècle Russia, and the history of migration within South Asia, particularly in the aftermath of Partition. She has an MA in International Development from the Graduate Institute in Geneva where she focused on where the line is drawn between hunger and famine, and how each term has distinctive, and often political, connotations with different and sometimes devastating humanitarian consequences. She completed her PhD in International History, also at the Graduate Institute, in June 2020, on rap music and the history of the ‘other’ in contemporary France (1981-2012). Her interest in rap, and music more widely, goes beyond any academic perimeter, and she hopes to find a way to meld her passion for music, and her humanitarian projects in some tenable and tangible form. She is currently an Information Analyst at ACAPS in Geneva, and the author of a blog on music and culture for the newspaper Le Temps.