The recipient of the Pierre du Bois Prize in 2019, awarded annually for the best doctoral thesis in International History defended at the Graduate Institute, Geneva, is Dr Vsevolod Kritskiy. 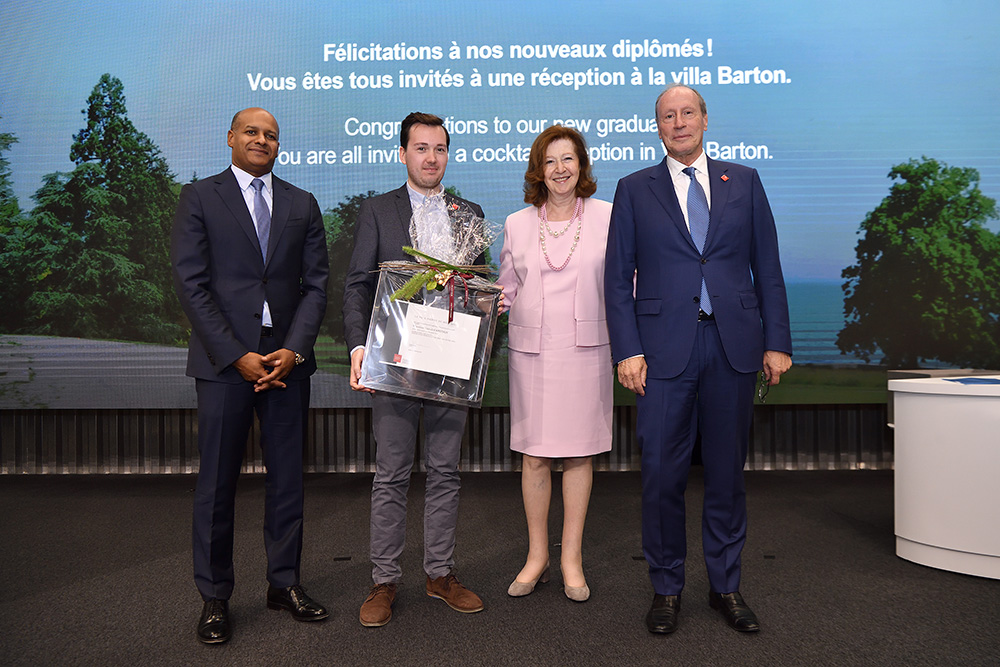 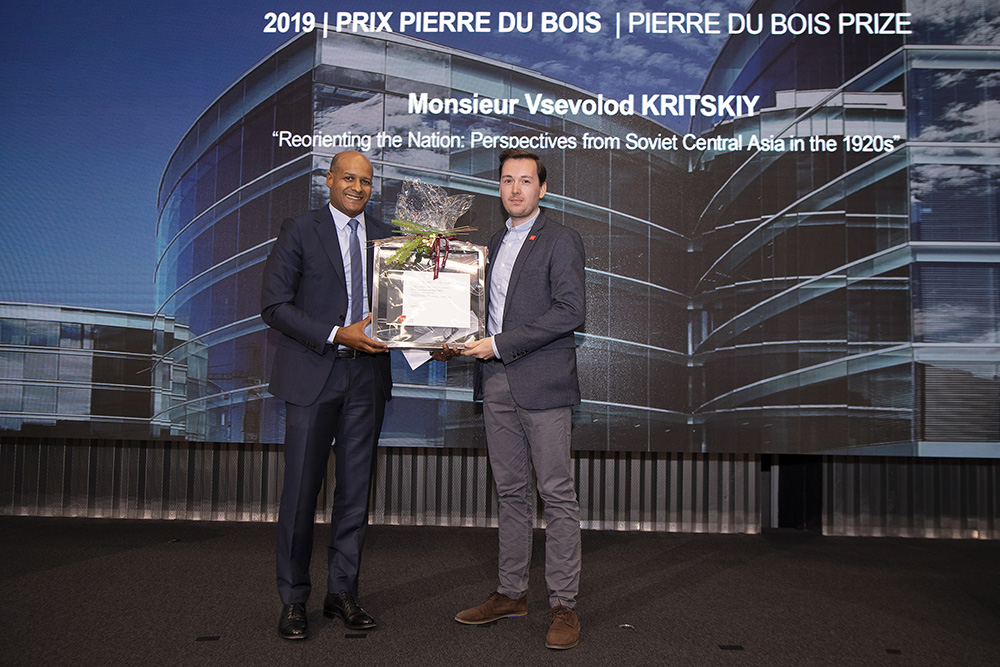 Dr Vsevolod Kritskiy received the prize on 13 September for his thesis Reorienting the nation: perspectives from Soviet Central Asia in the 1920s. The dissertation seeks to reorient the nation as a label by exploring how it framed the interactions between representatives of central Soviet power and Central Asians in the 1920s. It analyses how the lack of Soviet support for Communist International activities in the region paved the way for the national delimitation of Central Asia that created the 5 titular republics in 1924 and caused a plethora of border disputes between them. In exploring these processes by conceptualising the nation as a label that was deployed and enunciated by Central Asians in the presence of Soviet authorities, rather than a descriptor of an existing or emerging community, the dissertation finds that Central Asians quickly understood how to use the nation in order to negotiate their positions in the new Soviet Central Asia and influence central Soviet decision-making. Furthermore, this dissertation contextualises this Central Asian history within a broader process: the spread of the nation-state form in the colonial world during the interwar period. By splitting the nation-state concept into form and instance, this dissertation is able to not only connect the Central Asian experience to this global history, but also to show how the former can define the latter, opening up new pathways for researching the emerging international system based on the nation-state form as the universal and exclusive avenue for internationally recognised self-determination and independence.

Vsevolod Kritskiy explains his thesis in the following video.

Please view his profile below.

Vsevolod Kritskiy is currently a Lecturer at the International University in Geneva. He holds a BA in History from University of Warwick (2010) and an MA in International Affairs from the Graduate Institute of International and Development Studies (2012). He was awarded the highest honours, summa cum laude avec les félicitations du jury, for his PhD in International History at the Graduate Institute in 2019 after spending the 2017-2018 academic year as a Visiting Scholar at the Harriman Institute of Columbia University as part of a Swiss National Science Foundation Doc.Mobility project. His research interests lie in engaging further with the ways in which the Soviet Union and Soviet Central Asia were embedded in, and drove, broader processes taking place in the interwar period. As such, he is currently working on a project that explores the Soviet Union’s role in mediating and interacting with socialist and liberal internationalisms emerging in the post-First World War period.