Histories of the Unspoken: Truth, Silence and Violence in Emerging States

This academic conference was devoted to exploring and studying the relationship between silence andpolitical violence across time and space, with a special focus on emerging states.

Please click here to see the conference programme, here for a video from the Conference organiser, Professor Aidan Russell, and here for the photo gallery.

This conference is organised by the Institute’s Department of International History, in partnership with the Pierre du Bois Foundation. 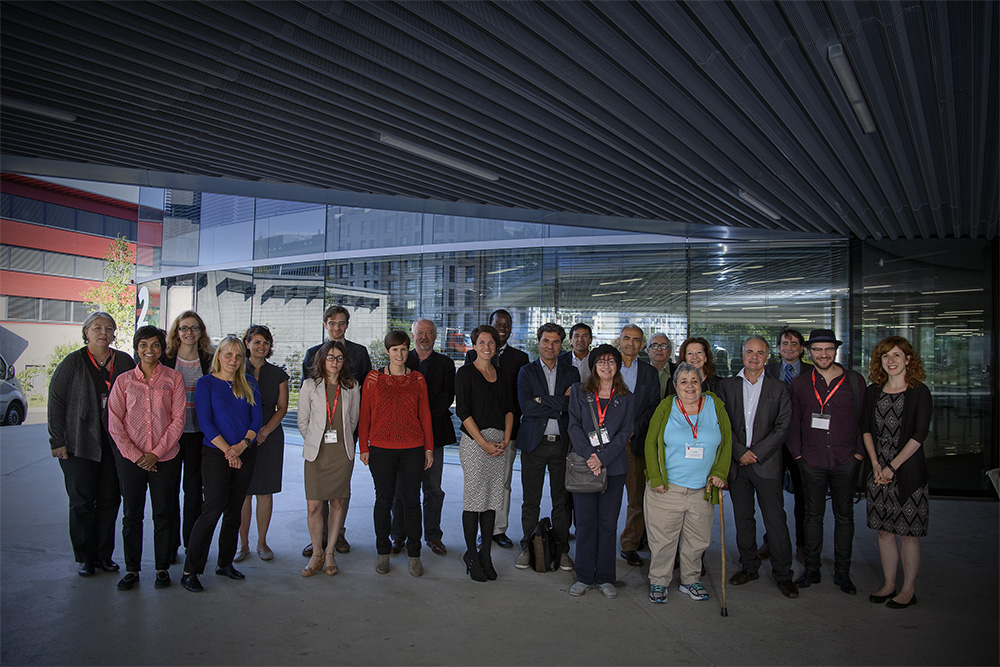 The 2016 Annual Pierre du Bois conference, which took place on 29 and 30 September, proposed a multifaceted exploration of the manifestations of silence in the context of repressive regimes and other violent historical settings throughout the 20th century. Taking the audience through a wide selection of national, and sometimes transnational, case studies, the 19 papers exposed some common tropes binding together experiences of silence in seemingly very different social, cultural, and political contexts. The panel discussions revolved especially around four recurring, often interwoven, sets of questions.

A number of papers proposed a description of individual and collective experiences of silence, whether self- or externally imposed, amongst those at the receiving end of violence. Memory, individual recollections and testimonies, and recognition, were contrasted with occurrences of amnesia and laconism, indifference, and silencing. Victor Igreja offered a poignant rendition of how a specific village community resorted to silence as a coping mechanism to deal with traumas endured during the Mozambican civil war, and how that resulted in perpetuated psychological suffering amongst some members of that community. Ponciano del Pino, exploring numerous ‘faces of silence’ in the wake of the Shining Path in Peru, drew attention to ‘good silences’ in which communities can rebuild. Other studies of grassroots manifestations of silence included David Anderson’s probe into the uneasy legacy of Mau Mau insurrection into Kenya’s post-colonial politics, and Aidan Russell’s talk on the silences of discourse in the Lakes Region’s lesser known but nonetheless deeply scarring history of factional strife in Burundi. Dhana Hughes’s presentation on the violent clashes between Tamil separatist groups and the Sinhalese-dominated regime in the 1970s also revealed the effects of regimes obsessed with silencing political opponents and relying on peer denunciation had on the intimate fabric of Sri Lankan society, and how a sense of fear, mistrust, and guilt, permeated through neighbourly and even family relationships.

The (geo)politics of silence was another key theme of the conference, insofar as its use as an instrument – through intimidation, forced disappearances, extrajudicial murders, etc. – by repressive regimes or other warring parties has proved an almost inexhaustible pattern, and has been increasingly documented. Some papers scrutinised the actors and processes of its enforcement, whether domestic or foreign. Joseph Sassoon thus examined the Iraqi army’s invasion of Kuwait and the victor’s attempt at rewriting swathes of the loser’s national history and culture, thus targeting the foundations of its national identity. Meanwhile, the U.S. backed regimes of Guatemala, Argentina, Chile, and many other Latin American countries in Patrice McSherry and Raul Molina’s papers, emerged as organised administrative and political structures that became specialised in the enforcement of silence. The use of public shaming, as described by Kate McGregor’s study of transnational networks of activist women during Indonesia’s Suharto regime, appeared as another recurring pattern for the repression of public speech. Alissa Walter, tracing the perspective of those who suffered from political persecution or simply from the judicial callousness of the Iraqi Baath regime, contributed original considerations as to the patterns of an oppressive regime’s deafness, or on the contrary willingness to listen, to its subject’s petitions and call for help or mercy.

Although the repression of free speech and political silencing has been increasingly and painstakingly documented since the 1970s, as a result of the work of political and human rights activists, the task of retrieving voices, facts, and the truth remains an unwavering challenge in many locations for historians and tribunals alike. The legal attempts at breaking silence were mentioned in numerous papers, alongside discussions on transitional justice, truth and reconciliation committees, and publicly decried amnesties for human rights abusers and war criminals from former authoritarian regimes. Vicken Cheterian’s paper on the Armenian genocide and Pierre Hazan’s discussion of sexual violence provided ample material for further reflections on these themes.

Finally, many papers contributed to a conversation on the methodological implications of silence for the writing of history. On a practical level, the control of narratives was paramount to many oppressive regime’s survival, and that included the forcible re-writing of national myths, memories, and histories, as well as the spreading of rumors and calumny to vilify already victimised or targeted groups. Those practices were illustrated by Sebastian Carassai’s unpacking of the Argentinian regime’s instrumentalisation of the 150th anniversary of the country’s independence, and by Riina Turtio’s analysis of the attempts by the newly independent governments of three West African countries to build legitimate apparatuses of violence – national armies – in a context of suspicion towards national elites and soldiers whose integrity seemed compromised by their perceived collaboration with colonial rulers. Discussions often resulted in fundamental methodological questions regarding the typology of silence as an observable phenomenon: how can historians make sense of the intangible, yet undeniably present and sometimes overwhelming, phenomenon that silence constitutes? Speech, discourses, and even sound and music, were all repeatedly invoked as useful devices to achieve a better grasp of silence in the historiography. Luise White’s paper contemplated whether formulaic speech could itself ‘function as silence’, further blurring and problematising the concept itself. Several papers offered usefully nuanced perspectives on the use of sources in historical research into silence: Michelle Caswell reflected on the methodological usefulness for history writing, of considering the records and sources that could or may have been but never were or are no longer; Heike Schmidt forayed into the conflicting oral and written accounts of Zimbabwe’s civil war. Kirsten Weld, finally, pondered on the implications of the discovery of an important archive collection documenting some of Guatemala’s authoritarian regime’s practices for the historiography on that era, but warned against the neglect of other important historical events that may result from disproportionate attention (and funding) to these particular archives, by contrast with other collections.

The proceedings were concluded with closing remarks on the global scope and the variety of themes that had emerged from the conference, and with wishes that these two days of presentations and discussions, but also unresolved questions and debates, may contribute to further historical inquiries into the meanings of silences and absences, and help historians make inroads into the intricacy of these experiences in future research pursuits. Courtesy of the Du Bois Foundation, participants and the audience were cordially invited to a range of coffee and cocktail breaks throughout the two days, and conference speakers, chairs, and organisers, enjoyed a dinner on the panoramic restaurant of the 8th floor of the Maison de la Paix.